July 23, 2022July 23, 2022 Comments Off on Honesty and humanity is not only demesne of people who has status in society

On the day 6th of September 2016, I and my friend met at a tea stall near G-2 circle for breakfast at around 9.00 am. Usually, we meet there not daily. As always, we do fun there by teasing the shopkeeper and leaving this place around 10:00 am.

My friend was doing a job in Ahmedabad and we live in Gandhinagar. He always parks his motorcycle near GH-2 Circle, and crosses the road to pick up a bus/car for Ahmedabad. It was his daily routine. But that day, he could not cross the road. When he was crossing the road, he got into an accident with an auto-rickshaw. Ajay (my friend) covered his face with his hand, however, the speed was high so an auto-driver could not control it, the front mirror of the auto broke Ajay’s nose and cut his right-hand palm. He was unconscious for a few minutes.

A girl who was traveling in auto called 108 and someone calls me from my friend’s mobile because, in the call list, the last dial number was mine. I reached an accident place in 5 minutes and talked to a girl and others. Also, call to 108, van reached after 10 minutes after my call. Shifted to Civil hospital, Gandhinagar.

Government servants always follow the rules even though a man is dying. The same story happened to what we usually see in movies. Doctors did not ready to do treatment until they were not ready to do a police case, an auto driver came with us as a human being but he was afraid of a police case. Mr. Chauhan begged me to do not do police case. Mr. Chauhan’s words were “I am not run away as others. I came with you in hospital. I have no money. I am poor. Please do not do police case.” (“સાહેબ હું ભાગી ના ગયો બાકી બધા તો ભાગી જાય છે. મારી પાસે રૂપિયા નથી મારા પર પોલીસ કેશના કરો. હું ગરીબ માનસ છુ.”) He told me other things too but disliked to describe them here. I convinced him, don’t worry, we will not do police but in front of a doctor please be ready to do a police case so the doctor starts treatment. He agreed, and the doctor start treatment by confirming, that we will do a police case. A policeman reaches after 2 hours in the hospital. I talked with him, it was an accident, and no one is accused. So please do not do a police case against auto-driver. Ajay also gave the same statement as he dislikes doing police cases to poor auto-driver. We, all know nowadays, there is not an easy-to-run family. A policeman was a good person. He confirmed twice with us not to do a police case and told us a great decision taken by you guys. An auto driver shake his hand and told us, can he leave, his family in tension and waiting for him. We told, yes please go. The policeman sat with us for a few minutes and left.

A man (auto-driver) is poor, not have a strong family/society background, however, he did not run away from his responsibility. He taught me that honesty and humanity are not the demesnes of rich people or who have status in society. 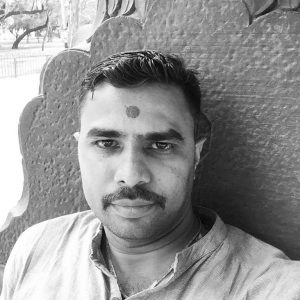